I wonder how much they make at a subway, but now we have an answer about 600 to 800 at a subway on Lake street. We know because it was robbed recently. I have always said that the residents of Oak Park, IL do not take their security seriously and this just adds to the list of potential victims: local businesses. So much for doing deposits or putting money mid-day in a safe that can only be accessed at certain times of the day or individuals. Problem is that this article (see below) does not tell the whole story. Maybe that is a good thing, because we really do not want to give criminals ideas but if you can rob a Subway on a street that is busy like Lake Street. These criminals have obviously figured out something if they got away on Lake street, I mean the traffic alone on Lake Street, should have stopped their getaway plans.

I am not saying you cannot go by your normal day to day activities but keep an eye out for a suspicious characters or activities. Most of these “signs” are easy to see and usually come from a mile away. Just being vigilant helps I know I sound like a mom, or even my mother but I rather be paranoid than robbed and/or dead.  The thing is when you are ordering food you do naturally drop your guard so kudos to the criminals for realizing this and striking at a place that you would not usually think of. Hell, this will make me be on red alert when I go to Five Guys or any of the businesses on Lake Street. It’s funny because when I think of it now there is a very light police presence on Lake Street (downtown), so the chances of it reoccurring are fairly high. Oh well, #staywoke bitches!

Here is the article I mentioned earlier:

Wow so the Oak Park police will escort you through the area if you feel threatened? Lol how about having some extra patrols through the area? Honestly, if I am calling the police because I do not feel safe at that point I believe you will need more than an escort. Or if you are calling the police it is after a crime has already been committed. I wonder how many crank calls, or nervous “nillys” have called in to use this service already? It seems to me like throwing money at a problem that does not match the solution at all.

Instead of doing more patrols just call us if you feel scared? Huh? What is the criteria for getting a ride like this? What is the timeframe? What is the average cost for each time this service is used? How effective is this service to deterring crime? Is the service being used properly, i.e.: is there an actual threat?

There a ton of questions I can ask but to me, this just seems like a fluff piece of news, or a way for the police department or village to act like it is being proactive without doing something really substantial. Oh well it’s your tax dollars at “work”

Here is an article that discusses the ”program”: https://patch.com/illinois/oakpark/oak-park-offers-police-escort-pedestrians-dusk-dawn

Unfortunately, there has been another more tragic than usual, senseless crime that has occurred in Oak Park, IL involving a carjacker and a gentleman that tried to stop him that ended in the victim being killed. There have been suspects questioned but that is about it. The unnerving thing about this is that it occurred at 6:40 pm outside the Jewel on Roosevelt road across from the Big Guys stand, this area has heavy traffic so I cannot imagine how the suspect got away nor was able to drag the victim with the car.

It also reminds us that no matter what we have been “sold” about an area being safe like Oak Park, IL we must remain vigil and constantly alert because there is always some scumbag trying to take advantage of us. The only positive thing that can be taken from this is a lesson (in three parts):

Hopefully, with this crime happening on the border of Berwyn and then escalated up Harlem Ave, ie: Forest Park, other law enforcements entities will be able to join in the search for the killer of this young guy trying to do the right thing.

Here is the article that discusses more about what happened during this senseless crime:

Ah so there has been an uptick in crime in River Forest the area that is usually not touched by crime as Oak Park, Il usually is but now is getting the brunt of its isolationist policies. Both suburbs are linked together in more ways than one, and unfortunately, both are bordered heavily by poor black areas. Oak Park, Il has the Chicago Austin area and River Forest has the suburb of Maywood, I mean if I was on a board of trustees or governing body I would try to reach to these areas to see what I could do to bring some economic development to these areas so hopefully it would attract investment back into these communities and reduce crime.

But noooooo, Oak Park hides behind cula-da-sacs and River Forest hides behind a huge network of Forest Preserves as if criminals wouldn’t run through a forest, obviously, the city planners never watch a Friday the 13th film before. As the crimes are more economic based than run of the mill crazy violence. Therefore, it must be determined what are the motivators behind the criminal’s actions and there is nothing more motivating than living across the street from a bunch of self-delusional shmucks who think an address guarantees safety.

I thank god am not one of those people and I am paranoid, as the good people of Oak Park, Il like to call it, 24/7 but at least I still have all my shit. So until these burbs take the reasonable approach and help build up the communities around them the problem will always exist and problems like these will always get worse.

Burglaries in River Forest rose in this article: 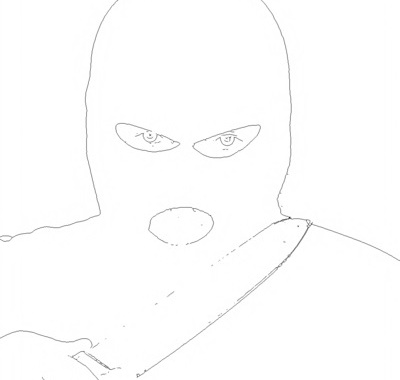 Ah ha so Oak Park, IL did not make the list of the “100 Safest Cities in America for 2016” so what does that say about the village? That with all the security issues I contacted the apartment’s management company is not me being paranoid? That I actually have a reason for being nervous? I did not hear any statements from the village or the police department discussing this slight to oh-so-perfect Oak Park, Il, but here we are. Now Chicago is just a war zone man but it at least has shit to do so it levels out all the crime you may experience when you go into the city.

Unfortunately, Oak Park, IL does not have the population that Chicago has, the activities, the diversity or evidently the commercial presence neither that most politicians would use to explain away their town, village or city not being safe. I sure know that if it comes to giving out tickets for not moving your car in certain areas every two hours or you park in the wrong area there is a law enforcement presence…. giving you a ticket!

Now, I know you think I am worried about just my apartment being broken into and my stuff being stolen, but being totally truthful that’s half the story! I also would like to go to sleep without the fear of ending up in a Dateline story. Being safe is part of the “selling points” for living in Oak Park. IL so if it is not safe why bother paying all this money to live here? How can you sell rent in a place that you have to be stressed all the time about being robbed?

In fact, Oak Park apartments tries to sell you on the option of “renter’s insurance” it felt like they had a piece of the action. I know they were totally weirded out when I told them that I got insurance through another company and photographed all my shit, they were like: “oh really??” I wondered if they wanted to lift my shit or something and were surprised that I was so detailed. That’s okay because I take careful measures to make sure I know when anyone comes into my apartment. I do not play that shit, in other words if your town/village/city is not considered “safe” and your apartment management company pressures you on something like “renter insurance” through someone they “recommend” take the appropriate steps.

Here is the list I mentioned above with the 100 Safest Cities in America for 2016:

Where I discuss what is wrong with Oak Park, IL